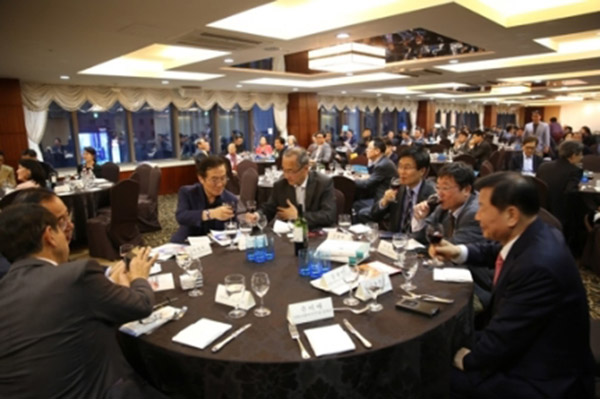 The Association of Korean Journalists, a group of Korean journalists from around the world (co-leader Jeon Yong-chang), said it held the 17th Korean Press Congress in Seoul, Incheon, and Jeonju from April 9 to 13.
At the event, more than 80 people, including representatives of more than 70 media outlets and editors, from 23 countries will participate.
They will attend the opening ceremony at the Korea Press Center on Friday afternoon, and will discuss the importance of Korean language media in the rapidly changing world media environment at the National Assembly's library. They will also discuss the establishment of a press school to nurture next-generation Korean journalists. On the basis of the discussion, the Korean press plans to call for the Korean government's support and attention to the Korean language media overseas.
This year`s opening ceremony will be attended by Kim Deog-ryong, the senior vice chairman of the Advisory Council on Democratic and Peaceful Reunification, Unification Minister Cho Myung-kyun, the chairman of the Foundation for Korean Studies abroad, and party officials. At the forum, Park Jin-young, the head of the Park Dong-hee Communication Institute, Kim Sung-joon, an editorial writer for SBS, and Kim Dong-sun, secretary-general of the Korea Federation of Foreign Media Associations decided to participate in the announcement and panel.
Kim Jin-hyang, chairman of the Gaesong Industrial Foundation, will ask the Korean journalists to actively promote the Gaesong Industrial Complex to lay the foundation for peace and coprosperity between the two Koreas.
He also takes part in field trips and cultural experiences. He will visit the headquarters of KBS on Friday and visit Hanok Village in Jeonju, North Jeolla Province, and Songdo free economic trading zone in Incheon on Friday.
On the last day of the convention, he will attend a luncheon meeting with Prime Minister Lee Nak-yeon at his official residence in Samcheong-dong.
" This competition is a serious interview for " Is there a future for the Korean press in the world? " She said, " I have worked out what to do to overcome the difficult reality and prepare for the future. " [Yonhap : Yonhap]