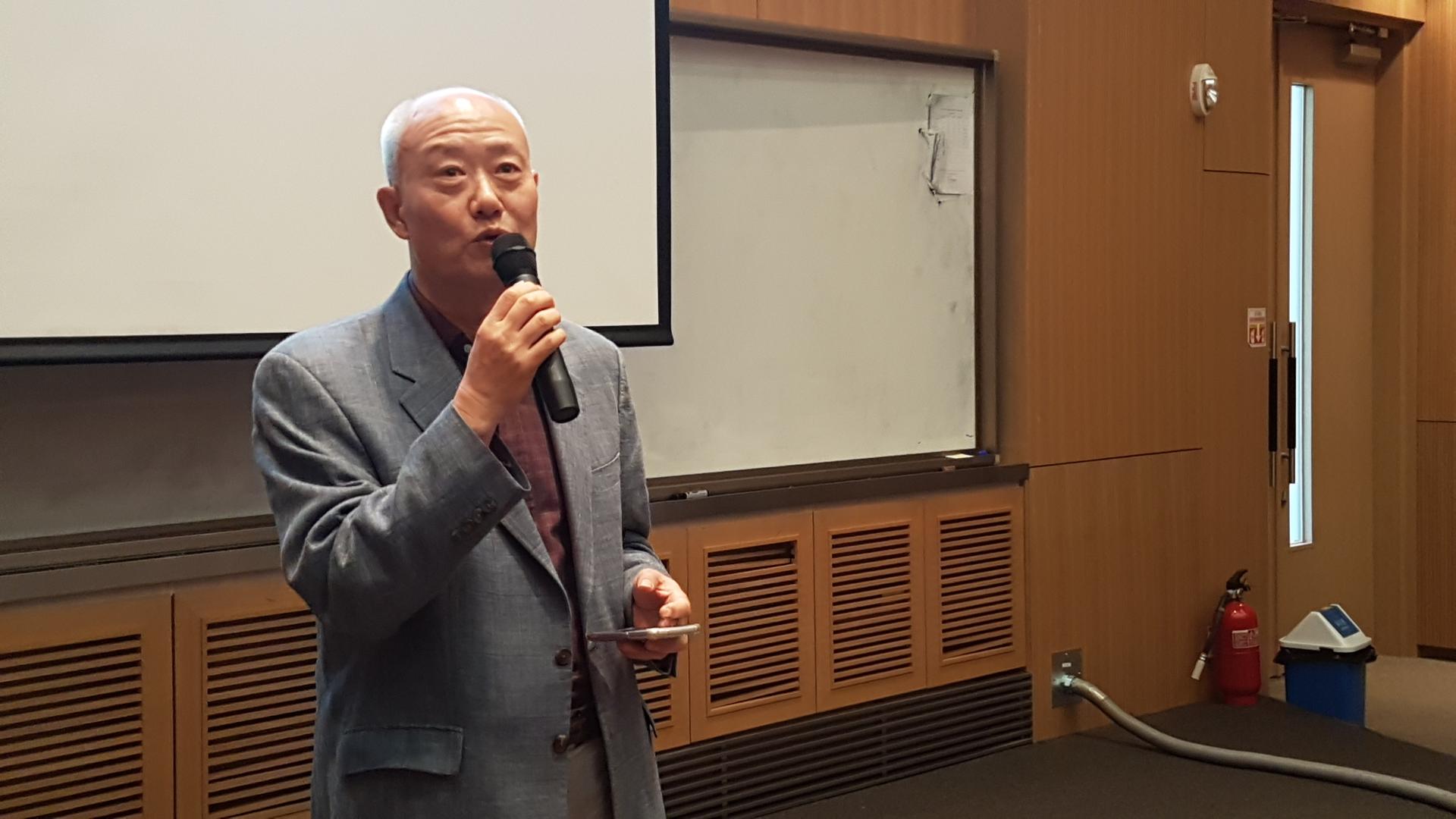 New York State University
" As a university that develops creativity and character, " inviting around 60 Korean journalists around the world.


New York State University (President Kim Chun-ho) said at a school briefing, " We are making it a college that develops creativity and character. "

We will return the tuition fees if we want our children to succeed and succeed in this school, said Kim Chun-ho, one of the 17th Korean Press Congress held on April 12 on the Songdo campus. My school wants to be judged on two things, saying, " We will evaluate how many goals students grow up to live the right way and how many times they contribute to society. "

The event was hosted by more than 60 representatives, publishers and journalists from more than 20 countries including the U.S., Asia, Europe, and Africa.

Kim Chun-ho, president of New York State University in Korea, said, " The most troubling thing was the prospect of setting up a school for global innovation business like Samsung, which was the center of the country's student body. " The reason is that it is time for the Republic of Korea to give back.

So, out of the 35 New York State University students, all are from developing countries, except for six.

Kim said, " Smart education should be fostered for fourth industrial education. " Education is not only about learning but also about creating new things and building new characteristics, " he said.

Starting with welcoming remarks made by Korea's President Kim Chun-ho, the event took place about one hour after introducing the Stoney Brook and FIT programs operated by New York State University, and introducing students to campus life.

Kim So-young, president of the World Federation of Korean Media Association, said, " I am glad to see my children visit Korea's New York State University in Songdo during the schedule, and it is not the only time the Korean community considers studying overseas. "

On the occasion, the Korean Association of Media Associations and the New York State University agreed to strengthen cooperation and partnership between the two organizations.

Kim Chun-ho, president of the New York State University, said, " We are pleased to have the opportunity to meet some 800 Korean journalists who are playing a major role in the Korean academic community around the world.