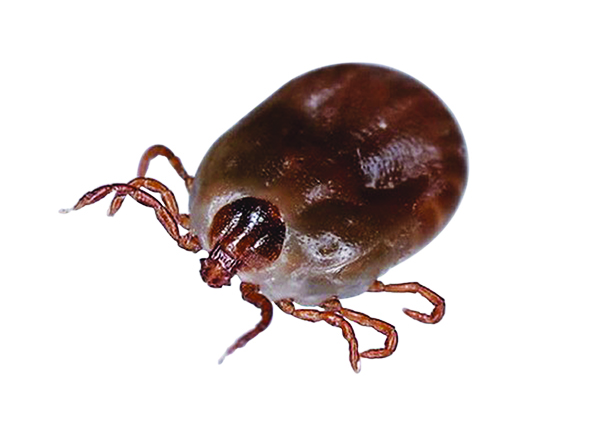 This year, the number of patients who suffer from the severe disease of pleater-reduced platelet reduction syndrome (SFTS) is continuously increasing. According to the National Center for Disease Control and Prevention's Web Statistics System on Wednesday, the number of patients with SFTS has been four in April and three in May, and one of them has died.
Considering the fact that more and more patients are being bitten by mites after May, the number of patients is feared to increase.
SFTS is an infectious disease caused by the bite of a small sardena mite, a type of wild tick. If you are bitten by a tick infected with the SFTS virus, you will experience fever or muscle pain similar to the symptoms of a cold after the incubation period of one to two weeks. Since then, diarrhea, muscle pain, and poor consciousness have become more common and sometimes die as the condition has deteriorated dramatically. The fatality rate is fatal at over 20 percent.
The problem is that SFTS is overlooking the fact that it can be secondary in infection through people or animals already infected without being bitten by mites. In this case, even if there are no outdoor activities or scars that could have been bitten by a tick, the symptoms can not be suspicious of SFTS, resulting in premature diagnosis and difficult treatment. Until now, there have been cases of two cases of infection in Korea : a family that was caring for a tick bite at home and a medical team that treated SFTS at a hospital. All of these secondary infections are attributed to close contact with patients ' body fluids and other materials.
In 2015, it was confirmed that four doctors and nurses, who performed CPR on infected patients, were secondary to the SFTS virus in serum tests. In addition, the second infection of the family was confirmed for the first time after serum tests on the wife who had much contact with her husband who died in SFTS and the SFTS virus gene test (RT-PCR).
There is also a growing number of reports of second cases of infection by SFTS worldwide.
In China, three cases of second infection among families were reported through international scientific journals between 2012 and 2013, which is earlier than Korea. In particular, the second case of the SFTS outbreak was announced for the first time in the world in Japan last year.
According to Kyodo news reports, a man in his 40s in Tokushima Prefecture in Japan was confirmed to have a second infection after having contact with a dog infected with SFTS. His pet dog was diagnosed as SFTS at an animal hospital in late June that year. Since then, symptoms of SFTS such as fever and vomiting have also appeared in this man, and tests have shown that he is infected with SFTS as well.
Health authorities assumed that the man had never been bitten by a tick, and that the dog got bitten by a tick while walking, got caught in SFTS, and sent the virus to its owner. Health authorities believe that the SFTS virus may have penetrated into the mouth or skin and entered the body.
Japan also reported cases of SFTS infection through Gilgo in July last year. A woman in her 50s who was trying to take a Gilgo cat to an animal hospital died after being bitten by a cat. In the woman's tissue sample, the SFTS virus was isolated, which is cited as the first case in the academic world where an infection was confirmed by a mammal. Experts say that the case of such foreign countries is likely to cause the second round of SFTS infection in Korea by animals such as dogs and cats.
In fact, a research team of 0.2 percent of the Korea Institute for Animal and Animal Health reported the findings of a research team on the International Journal of Ticks and Tick-borne Diseases.
The research team explained that this is the first case in which the SFTS virus was detected in Korean dogs and cats.
Professor Lee Geun-hwa at Jeju Medical School said,
Kim Gil-won

A population of 11 million people with high blood pressure ... Are I a patient? How did Kim Hae-rim achieve his third consecutive win?
List Write