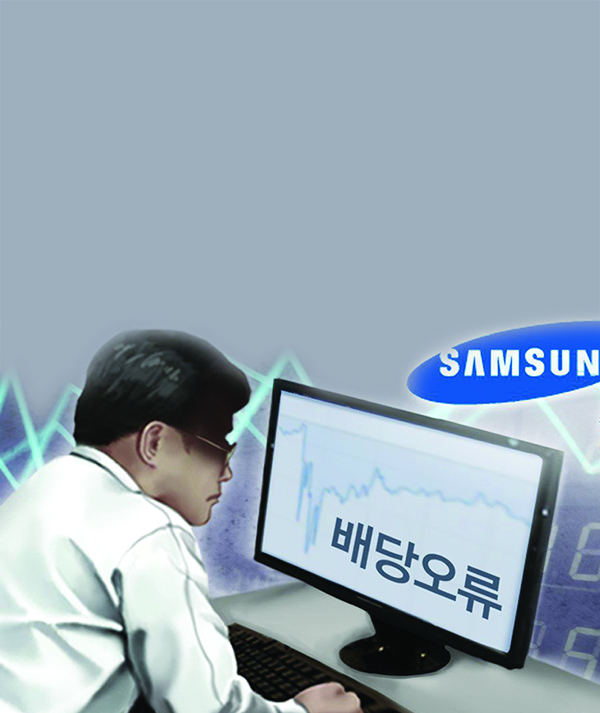 The poor local unemployed are paid to spend their time in return for going to Dongwon reserve forces. On that same day, a friend of mine said, " I will deposit 50,000 won into my account in exchange for the reserve forces training for three nights and four days. "
The moment he managed to find an account he had never used before, and put it into the bank's closeout machine, the unemployed doubted his eyes. A friend sent 50,000 won and 10 billion won was taken. What did the unemployed do when they saw 10 billion won? He withdrew 300 million won (260,000 U.S. dollars) from the bank first.
This is the story of the popular comedy film " Run with Money " (1995).
Of course, the 10 billion won that came into the account of unemployed people was an accident. However, it was not the mistake of a bank employee, and an organization tried to pick out dormant accounts for more than a year while cleaning up a slush fund. The accident was not able to report to the police, and the neighborhood unemployment was literally a windfall. Still, he is not a fool, and the unemployed, who can not be unaware of the abnormal money, immediately jumped with the money, and the organization hires a killer to chase him.
This is a comedy that I made for a laugh. It happened at a time when humans are moving to Mars because of artificial intelligence. Even the people in the accident are not stupid jobless, nor are they black. These are the coveted white collar elites who know enough and learn enough.
The average person who sold 112 trillion won worth of stocks to a single securities company accidentally took it out on the computer, and it was ridiculous. It is not April Fool's Day fake news. Stock experts must have known better than anyone else that the number of shares on their accounts is wrong and far wrong. He knew it wasn't his money, but he acted quickly for fear of someone taking it back. Without looking to the left side, he is intimidated by the generous distribution of stocks, minimalimic thinking and the selfishness of the world's best.
As a matter of fact, something the former president has rows of hundreds of billions of dollars, what about moral hazard in the country to be arrested on charges of bribery and embezzlement, what happened to your share of appropriating italmul the kernel, to try.Cry may be, it doesn't work. Big corporations get on the president, his feet, to any we're tired of it to has still not even reflect that a word of command.
Still, it should have been just a comedy movie. It should have ended with a parody, twist and satire. The real story is that even though they knew that white collars were wrong, they tried to make a fortune. The comedy needs to work harder.
Yoon Go-eun

Let's go on a time-limited diet. The Masters will gather in the clouds even on practice day.
List Write