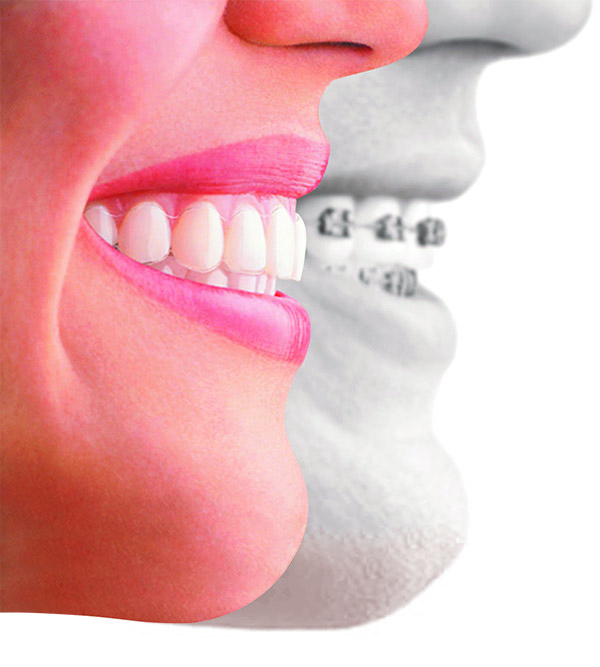 A cavity in the course of remedial treatment
The main cause of tooth decay during corrective treatment is the lack of resistance to tooth decay. Applying a calibration device does not clean the area around it. If a person who is weak in resistance to tooth decay fails to brush his or her teeth, he or she can easily corrode the surface of the teeth and aggravate it. The faithful brushing of teeth during remedial treatment is no less important than the role of a doctor in leading to successful treatment.

Absorption of roots during calibration
When you apply coordination to move your teeth, a systematic change occurs between the roots of your teeth and your gums. When the gum's bones are under pressure, they are absorbed by tissue. This is a necessary response to the movement of the teeth, as there is a small amount of space in the area and the teeth move to that spot. However, although it is not often, the roots of the teeth may be absorbed by the correction forces. This is not a desirable phenomenon. The cause of absorption of roots is not yet known, but it is considered a constitutional problem. And there is currently no way to identify whether there is a specific constitution in advance. Therefore, the absorption of the root muscles is an uncontrollable component of the doctor. However, patients need to take an X-ray often to check the absorption of roots and to have sufficient communication with each other. Taking in about 20 % of the root muscles is the acceptable range of current dentistry.

Gum disease under correction
There are many causes that make your gums weak. Prag is one of the causes. Not only does the gum become weak through corrective treatment, but the problem with the control of the gum makes it weak. This is also a common problem for people who do not have corrective treatment. Therefore, the myth that corrective treatment will weaken the gums is absurd. When you attach a corrective device to your teeth, you can easily calm down in the vicinity of them. Even those who do not get braces are likely to have problems with their gums if they do not brush their teeth. If you do not brush your teeth thoroughly during the calibration process, your gums multiply, bleeding easily, and prevent your teeth from moving.
The bigger problem is that the problem is not treated for perversion. If the dental alignment is uneven due to personsition, the surface of the teeth may not be cleaned and the surface of the teeth will become more stable. In addition, if tartar is kept in the pouch between the teeth and gums, it can easily irritate the gums and make your gums bleed. When your gums are swollen, you can not stand the pain. After a few days of illness, it sinks, and most people think the inflammation is over. However, the swelling and pain after a painful inflammation are reduced because the nervous system in the affected area is completely destroyed by inflammation. In other words, the inflammation gets worse.
People with factoring often have a phenomenon where the teeth of the upper and lower teeth clash with each other when they are engaged. When the inflammation of the gums and the occlusion of the teeth compress each other, the inflammation becomes more inflamed, and the tooth shakes a lot when it is old, and the tooth has to be removed. Since the occlusion of the teeth is treated with corrective treatment, the treatment of the teeth can be considered as a major factor in improving gum problems. Furthermore, the condition of the gums is better as the arrangement of the teeth is more balanced, so a common belief that the gum or tooth becomes weak due to the treatment is absurd.

Do you know the GMC? The causes, solutions, and reasons of the GM crisis should never be ignored. <Yoon Go-eun's Sparrow Mill> Look back in anger.
List Write