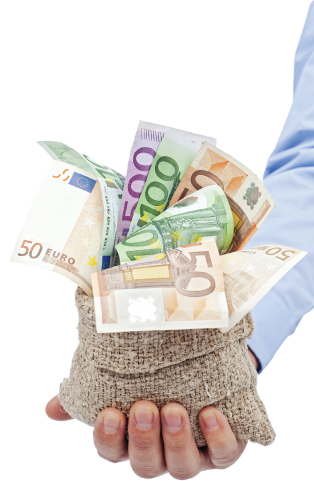 Finance - A Great Human Invention
Some of the most groundbreaking inventions by humans include letters and numbers academically, electricity and electrons physically, religion and philosophy, and democracy and capitalism mentally. Although it is controversial in ideology, capitalism has led to civilization and its development has provided convenience to people, which has resulted in the improvement of the quality of life and the emergence of the notion of haengbok human happiness .. Regardless of the political system, capitalism, the flower of capitalism that almost every country has adopted, is a stock company, and the role of finance is the reason behind it. A major institution in finance is the bank. Find out the meaning of money, the progress of the bank, and how it will change to what extent the future of the bank will be.

History of Finance - a platform for money and banking
Before we talk about finance, here are some things about money. Money is " money " from various people, and money from the Latin word " Moneta, " which also means " warning. " The real function of distributing money is the bank. In Vietnam, where we live, not only in Korea but also in China and Japan, banks are banks. For your information, the Bank of Japan was first originated from the West in the early 18th century, and the original version of the bank was published because of the 制-named system. .

The history of the bank is the code of HammurabI, ancient Babylonian Code of Law. The law of HammurabI, found in the southwestern part of Persia in 1901, includes the rule of Talio, which states the law of Talio, as well as the rule of transport and brokerage. And when Western civilization is founded on Christianity, the Bible strictly prohibits loan business, so only Jews in Venice at the center of the Jewish settlement, Ghetto, were able to do it. They will also be responsible for transferring money from the Vatican, the head of the Catholic Church worldwide, to churches in other countries. As a result, I saw the emergence of currency exchange in Venice for the first time in history, and I sought to promote monetary transaction by managing exchange business on a currency exchange table called a bank. Meanwhile, in Korea, before the establishment of banks during the Japanese colonial era, foreign exchange prizes were introduced in Myeong-dong.

In summary of the history of banking, the financing and exchange of the 18th century Jews and Knights of the 12th and 13th centuries, and the money of King and Queen of Europe in the 13th and 14th centuries, Italy What's interesting here is that Bankruptcy also comes from Bancarotta.

The future of finance
Since the bill that strictly divided commercial banks and investment banks under the Glass-style law in 1933 was abolished in 1999, the future of the financial sector will clearly disappear as the bank insurance system is now in effect. It is predicted that its offline channel center business, which is a type of business that focuses on branches, which are its contacts with customers, will also end. Statistically, according to the Bank of Korea data, the percentage of bank operations at bank branches, including bank branches, stood at 11.3 percent in 2014, down more than half from 26.9 percent in 2005. The number of branches in the bank, which was on the verge of expansion, is also decreasing from 7,400 in 2013 to the loan-losing store. Korea's financial sector, which is a leading regulatory industry, is expected to be free of access to and from countries in the future.

In the future, the government will introduce digital, Internet of Things, mobile, electronic payments and Fin-Tech, which are represented by convenience and cost reduction. The concept of Internet banking is rapidly becoming a reality around the world. In some cases, Kakao Talk, which has 50 million users only, has Kakao Pay in the U.S. as a financial firm, Bank Wallet Kakao, and in China, online shopping company Alibaba has Alipay and eBay. However, despite the huge flow, the banks ` traditional tasks, such as financial aid functions and asset management services, are expected to remain in the future.

Financial, Finance, a term derived from the Latin goal [Goal] for raising money or currency, comes from the classic Latin Finis meaning ' End ' or ' Complete '. A new change is emerging in the money that German philosopher Georg Zimmel described in " The Philosophy of Money " to " Money is the Wardermaker of the Soul. " The Korean economy is losing its growth engine and becoming increasingly difficult. I hope this year will be a profitable year.