Premium Korean Wave in the Upper Class of Vietnam

Popular among middle-class women in their 30 and 40 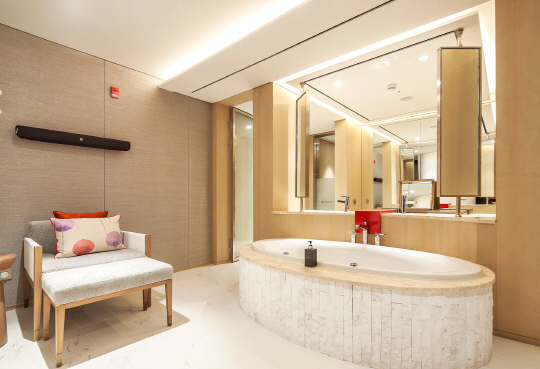 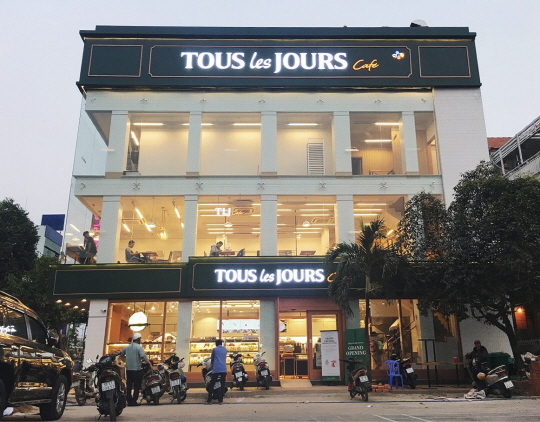 ▲ An average of more than 900 people visit the city of Ho Chi Minh City in Vietnam. Offered by CJ Foodville

"I come to the Lotte Hotel and use spas and restaurants where good music comes out, and satisfaction is high."

Dean Tifuen (female, 42), who met on the 7th floor of the Lotte Hotel in Hanoi, Vietnam, said she used the Lotte Hotel every time she went to Hanoi for business because she lived in Ho Chi Minh. He likes Korean culture. "I have Lotte Hotel in Ho Chi Minh, I use Lotte Hotel frequently. I like Lotte Hotel which offers the same high quality service in Hanoi." I love Korean movie theaters, bakery shops and department stores. It is a good grade. " Basketball courts near the swimming pool, screen golf courses, and one-on-one lessons.

Demand for Korean brand premium services is also rising as the investment of global corporations expands and the number of emerging riches increases in Vietnam, where the economy grew at 6.8% last year.

The Lotte Center, which has become a symbol of Hanoi, attracts emerging wealthy customers at Lotte Mart, Lotte Department Store and Lotte Hotel. Lotte Hotel's Saigon Lotte Legend Hotel in Ho Chi Minh recorded 80% of its room occupancy rate in Hanoi last year, and the demand for Korean and Japanese people increased. "Local demand is growing by more than 10 percent each year, and this year we expect 15 to 20 percent growth," said Bye Ayeong, head of the Hanoi store. "We expect to increase demand for high-end consumers such as Singapore and Hong Kong, We are discussing ways to increase premium services. "

Lotte Hotel Hanoi has a 26% share of the suites, compared to other 5-star hotels. In addition, the premium spine Evian Spa has been introduced to Vietnam for the first time in overseas branches. "Even though it is quite expensive, Evian Spa is full of reservations and F & B popularity is high, including Top of Hanoi and restaurants," said Lim Sung-bok, general manager.

Tous les Jours is spreading the concept of a premium café-style bakery by capturing young emerging wealthy. Since its launch in 2007, it has 37 stores in total, including Ho Chi Minh and Hanoi, and is the number one premium bakery brand. A strategy that emphasized premium services in order to reach the markets with lots of local brands consumed a lot of bread due to the influence of the French colony. It emphasizes the freshness of 'freshly baked' and introduces the free valet parking service and membership service, which are unfamiliar in Vietnam. "Around 3040 middle-class women in Vietnam are positioning themselves as premium bakeries that offer quality products and services that are differentiated," said an official at Toure. "We also have a high-level strategy, such as finding young people on important dates," Explained.

The asset management service of Korean financial corporations also captures the emerging wealthy people of Vietnam. Shinhan Bank Vietnam is the number one foreign bank in Vietnam. Especially, it adopts the personal wealth management (PWM) model and gets good response from the emerging wealthy. We plan to continue to partner with digital companies and introduce new financial services locally to reflect these demands.

"The Korean brand, such as Lotte, has an image that it is difficult for ordinary consumers to access it and that it is a company that affluent customers are touched upon," said Pakontakir, director of Halfro, a Vietnamese distribution company that imports agricultural products from Korea.