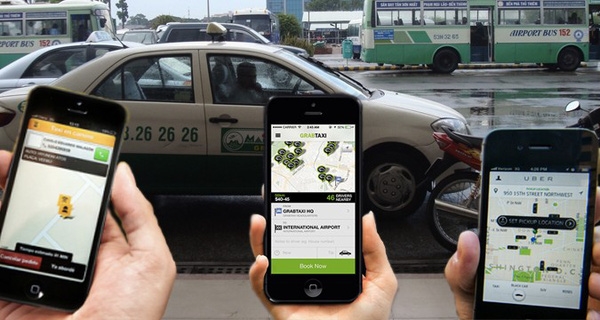 Entry to overseas and international car-sharing services such as Vato, Xelo, Viettel, Go-Jeck and Didi

While the huge Uber has left the market, competition from auto technology companies has become fierce.

Many Korean troops are ready to fight the bigger foreigner to regain the market.

When Uber was removed from Southeast Asia through the merger of Grab, Vato, which received $ 100 million in investment, received great attention from users. Vato's application has followed the good points of Uber. And in order to gain existing users amid the initial chaos of Uber and Grab's merger, Vato was generous with promotional activities for passengers and drivers.

Currently, Vato is about the same as GrabCar and costs 8500 units per car (about 425 won), but the driver discount is only 20 percent. On the other hand, Grab gives drivers a discount rate of nearly 30 %. Vato's platform was FaceCar, which was established by Tran Thanh Nam in March 2016. One year after its establishment, FaceCar changed its name to Vi vu.

After Uber left the market, another application called Didi Vietnam was released. The application is designed to be nearly 100 % the same as Uber interface.
Didi Vietnam continues to promote applications across multiple channels to attract new users and drivers.

According to the founder of Xelo, another car reservation application, the number of drivers registered for Uber doubled in just two weeks, along with information that Uber has left Vietnam. Nguyen Truong Giang, CEO of Nguyen Truong, predicted that about 10,000 drivers will join the network in the near future.

MaI Linh HanoI has launched a mobile motorcycle technology competition with uberMOTO and GrabBike. Before that, MaI Linh started the AppStore and GooglePlay call applications for the MaI Linh.

According to a recent meeting, Indonesian car-sharing service Go-Jeck and China's Didi Chuxing have submitted documents of approval to the Transportation Ministry to take their first step into the Vietnamese transportation market. However, the management has not yet accepted.