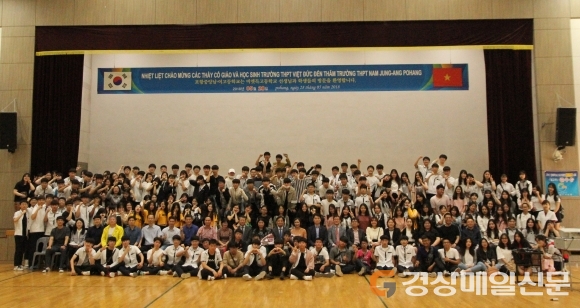 Students and faculty at Viet Duc High School in Hanoi, Vietnam, attended a variety of events for two nights and three nights.

During the exchange period, it was time for families to homestay to experience Korean manners and family culture, and visited Gyeongju Cultural Heritage sites to show deep interest and positive response to the traditional culture.

In addition, the two Korean school students performed K-pop, samulnori, and Nanta, which are popular worldwide, and Vietnamese students also performed traditional dances of the million-city city of Hanoi and other cultural performances.

In the meantime, Pohang Middle and High schools have been exchanging visits to Vietnam every year since they formed a sisterhood relationship with Viet Duc High School in Hanoi, Vietnam in 2014.